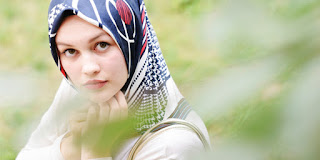 Age of Aisha at time of marriage with Holy Prophet Muhammad

It is believed on the authority of some Hadith reports that the marriage ceremony (known as nikah, amounting to betrothal) of Aisha with the Holy Prophet Muhammad took place when she was six years of age, and that she joined the Holy Prophet as his wife three years later at the age of nine. We quote below from two such reports in Bukhari.

“It is reported from Aisha that she said: The Prophet entered into marriage with me when I was a girl of six … and at the time [of joining his household] I was a girl of nine years of age.”

“Khadija died three years before the Prophet departed to Medina. He stayed [alone] for two years or so. He married Aisha when she was a girl of six years of age, and he consummated that marriage when she was nine years old.” [3]

As to the authenticity of these reports, it may be noted that the compilers of the books of Hadith did not apply the same stringent tests when accepting reports relating to historical matters as they did before accepting reports relating to the practical teachings and laws of Islam. The reason is that the former type of report was regarded as merely of academic interest while the latter type of report had a direct bearing on the practical duties of a Muslim and on what was allowed to them and what was prohibited. Thus the occurrence of reports such as the above about the marriage of Aisha in books of Hadith, even in Bukhari, is not necessarily a proof of their credibility.
Determination of the true age of Aisha

It appears that Maulana Muhammad Ali was the first Islamic scholar directly to challenge the notion that Aisha was aged six and nine, respectively, at the time of her nikah and consummation of marriage. This he did in, at least, the following writings: his English booklet Prophet of Islam, his larger English book Muhammad, the Prophet, and in the footnotes in his voluminous Urdu translation and commentary of Sahih Bukhari entitled Fadl-ul-Bari, these three writings being published in the 1920s and 1930s. In the booklet Prophet of Islam, which was later incorporated in 1948 as the first chapter of his book Living Thoughts of the Prophet Muhammad, he writes in a lengthy footnote as follows:

“A great misconception prevails as to the age at which Aisha was taken in marriage by the Prophet. Ibn Sa‘d has stated in the Tabaqat that when Abu Bakr [father of Aisha] was approached on behalf of the Holy Prophet, he replied that the girl had already been betrothed to Jubair, and that he would have to settle the matter first with him. This shows that Aisha must have been approaching majority at the time. Again, the Isaba, speaking of the Prophet’s daughter Fatima, says that she was born five years before the Call and was about five years older than Aisha. This shows that Aisha must have been about ten years at the time of her betrothal to the Prophet, and not six years as she is generally supposed to be. This is further borne out by the fact that Aisha herself is reported to have stated that when the chapter [of the Holy Quran] entitled The Moon, the fifty-fourth chapter, was revealed, she was a girl playing about and remembered certain verses then revealed. Now the fifty-fourth chapter was undoubtedly revealed before the sixth year of the Call. All these considerations point to but one conclusion, viz., that Aisha could not have been less than ten years of age at the time of her nikah, which was virtually only a betrothal. And there is one report in the Tabaqat that Aisha was nine years of age at the time of nikah. Again it is a fact admitted on all hands that the nikah of Aisha took place in the tenth year of the Call in the month of Shawwal, while there is also preponderance of evidence as to the consummation of her marriage taking place in the second year of Hijra in the same month, which shows that full five years had elapsed between the nikah and the consummation. Hence there is not the least doubt that Aisha was at least nine or ten years of age at the time of betrothal, and fourteen or fifteen years at the time of marriage.” [4] (Bolding is mine.)

To facilitate understanding dates of these events, please note that it was in the tenth year of the Call, i.e. the tenth year after the Holy Prophet Muhammad received his calling from God to his mission of prophethood, that his wife Khadija passed away, and the approach was made to Abu Bakr for the hand of his daughter Aisha. The hijra or emigration of the Holy Prophet to Madina took place three years later, and Aisha came to the household of the Holy Prophet in the second year after hijra. So if Aisha was born in the year of the Call, she would be ten years old at the time of the nikah and fifteen years old at the time of the consummation of the marriage.
Later research

Research subsequent to the time of Maulana Muhammad Ali has shown that she was older than this. An excellent short work presenting such evidence is the Urdu pamphlet Rukhsati kai waqt Sayyida Aisha Siddiqa ki umar (‘The age of Lady Aisha at the time of the start of her married life’) by Abu Tahir Irfani.[4a] Points 1 to 3 below have been brought to light in this pamphlet.

1. The famous classical historian of Islam, Ibn Jarir Tabari, wrote in his ‘History’:

2. The compiler of the famous Hadith collection Mishkat al-Masabih, Imam Wali-ud-Din Muhammad ibn Abdullah Al-Khatib, who died 700 years ago, has also written brief biographical notes on the narrators of Hadith reports. He writes under Asma, the older daughter of Abu Bakr:

“She was the sister of Aisha Siddiqa, wife of the Holy Prophet, and was ten years older than her. … In 73 A.H. … Asma died at the age of one hundred years.” [6]

(Go here to see an image of the full entry in Urdu.)

3. The same statement is made by the famous classical commentator of the Holy Quran, Ibn Kathir, in his book Al-bidayya wal-nihaya:

Apart from these three evidences, which are presented in the Urdu pamphlet referred to above, we also note that the birth of Aisha being a little before the Call is consistent with the opening words of a statement by her which is recorded four times in Bukhari. Those words are as follows:

“Ever since I can remember (or understand things) my parents were following the religion of Islam.” [8]

In the footnotes of his Urdu translation and commentary of Sahih Bukhari, entitled Fadl-ul-Bari, Maulana Muhammad Ali had pointed out reports of two events which show that Aisha could not have been born later than the year of the Call. These are as follows.

1. The above mentioned statement by Aisha in Bukhari, about her earliest memory of her parents being that they were followers of Islam, begins with the following words in its version in Bukhari’s Kitab-ul-Kafalat. We quote this from the English translation of Bukhari by M. Muhsin Khan:

“Since I reached the age when I could remember things, I have seen my parents worshipping according to the right faith of Islam. Not a single day passed but Allah’s Apostle visited us both in the morning and in the evening. When the Muslims were persecuted, Abu Bakr set out for Ethiopia as an emigrant.” [9]

“This report sheds some light on the question of the age of Aisha. … The mention of the persecution of Muslims along with the emigration to Ethiopia clearly shows that this refers to the fifth or the sixth year of the Call. … At that time Aisha was of an age to discern things, and so her birth could not have been later than the first year of the Call.” [10]

Again, this would make her more than fourteen at the time of the consummation of her marriage.

2. There is a report in Sahih Bukhari as follows:

“On the day (of the battle) of Uhud when (some) people retreated and left the Prophet, I saw Aisha daughter of Abu Bakr and Umm Sulaim, with their robes tucked up so that the bangles around their ankles were visible hurrying with their water skins (in another narration it is said, ‘carrying the water skins on their backs’). Then they would pour the water in the mouths of the people, and return to fill the water skins again and came back again to pour water in the mouths of the people.” [11]

Maulana Muhammad Ali writes in a footnote under this report:

“It should also be noted that Aisha joined the Holy Prophet’s household only one year before the battle of Uhud. According to the common view she would be only ten years of age at this time, which is certainly not a suitable age for the work she did on this occasion. This also shows that she was not so young at this time.” [12]

If, as shown in the previous section above, Aisha was nineteen at the time of the consummation of her marriage, then she would be twenty years old at the time of the battle of Uhud. It may be added that on the earlier occasion of the battle of Badr when some Muslim youths tried, out of eagerness, to go along with the Muslim army to the field of battle, the Holy Prophet Muhammad sent them back on account of their young age (allowing only one such youngster, Umair ibn Abi Waqqas, to accompany his older brother the famous Companion Sa‘d ibn Abi Waqqas). It seems, therefore, highly unlikely that if Aisha was ten years old the Holy Prophet would have allowed her to accompany the army to the field of battle.

We conclude from all the evidence cited above that Aisha (may Allah be pleased with her) was nineteen years old when she joined the Holy Prophet as his wife in the year 2 A.H., the nikah or betrothal having taken place five years previously.

[3]. Bukhari, Book of Qualities of the Ansar, chapter: ‘The Holy Prophet’s marriage with Aisha, and his coming to Madina and the consummation of marriage with her’. For Muhsin Khan’s translation, see this link and go down to reports listed as Volume 5, Book 58, Number 234 and 236.

[4a]. This Urdu pamphlet was published by the Ahmadiyya Anjuman Isha‘at Islam, Bombay, India. A partial English translation is available at this Lahore Ahmadiyya website.

[8]. Those four places in Sahih Bukhari are the following: Kitab-us-Salat, ch. ‘A mosque which is in the way but does not inconvenience people’; Kitab-ul-Kafalat, ch. ‘Abu Bakr under the protection of a non-Muslim in the time of the Holy Prophet and his pact with him’; Kitab Manaqib-ul-Ansar, ch. ‘Emigration of the Holy Prophet and his Companions to Madina’; and Kitab-ul-Adab, ch. ‘Should a person visit everyday, or morning and evening’.

[11]. Sahih Bukhari, Kitab-ul-Jihad wal-Siyar, Chapter: ‘Women in war and their fighting alongside men’. See this link in Muhsin Khan’s translation and go down to report listed as Volume 4, Book 52, Number 131. 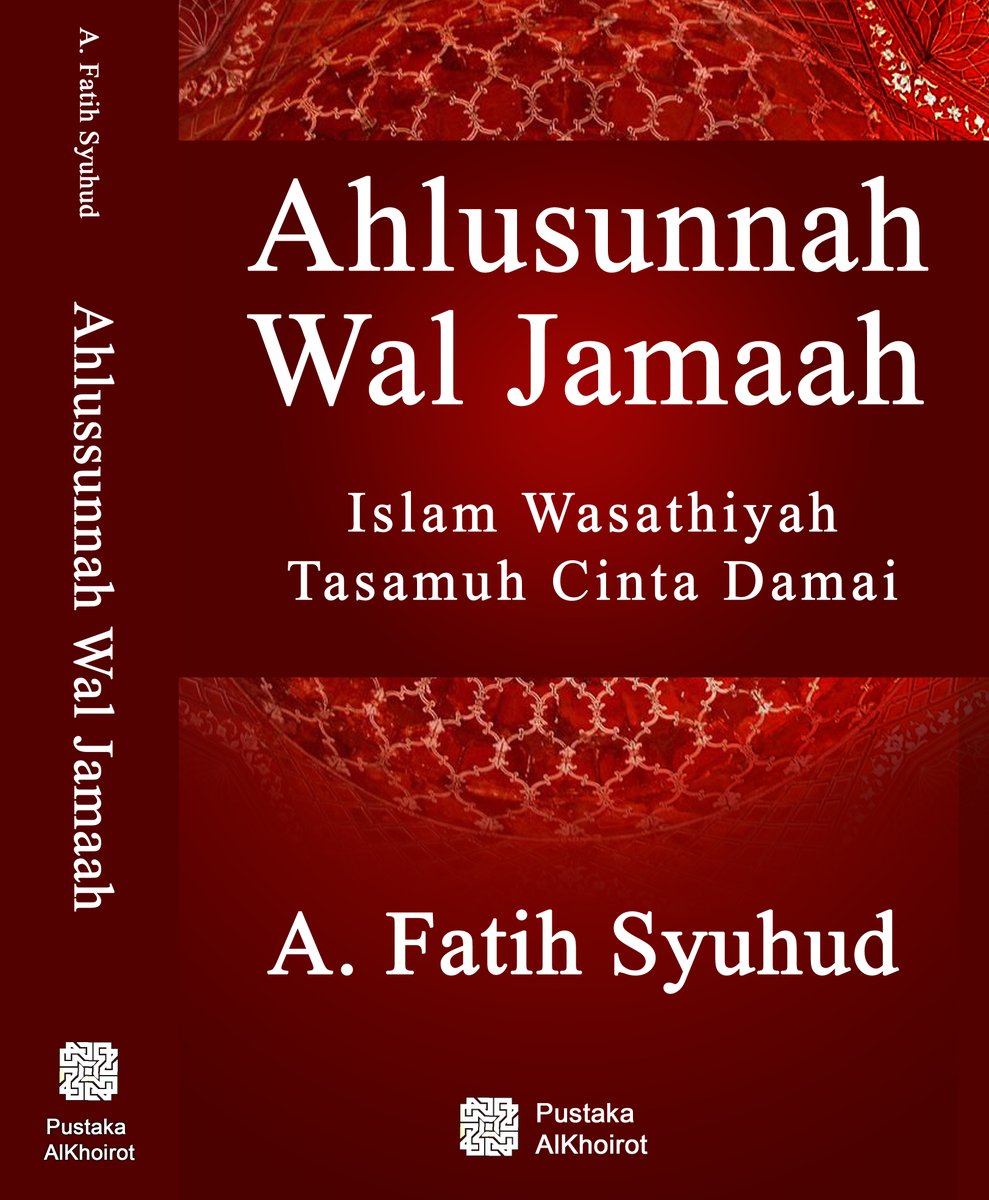